Cardiff Star Nominated For PFA Fans’ Player of the Month 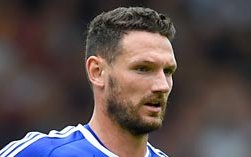 The Championship is getting towards the business end of the season and the month of February has certainly set us up nicely for the run-in.

During the last month we saw Aston Villa’s winning run come to an end, Wolves drop points to allow Cardiff in with a sniff of the title and Fulham continue to be the side to beat right now.

Meanwhile, further down the bottom, Sheffield Wednesday continued to struggle to pull away from the survival fight, Birmingham went through a poor run and Barnsley began to rally under Jose Morais.

Another gripping month, then, and now it’s time to take a look at the six nominees for the Bristol Street Motors PFA Fans’ Player of the Month award for February…

Sean Morrison is amongst the nominees, get voting Cardiff City fans.

Morrison had an all action February as he contributed massively at both ends of the pitch for promotion chasing Cardiff.

He scored a trio of goals from his centre-half position whilst he dominated in the air at the back for the Bluebirds.

Cardiff City captain Sean Morrison says he takes pride in his side’s physicality, saying it is daunting for opponents.