The Sky Bet Manager of the Month winners for February 2018 are in, which has seen Neil Warnock named as the top man in the Championship.

Cardiff City manager Neil Warnock has been named the Sky Bet Championship Manager of the Month for February.

Not one to panic in spite of Cardiff`s mid-winter dip, Warnock infused his players with renewed belief and cajoled them to garner 16 points from a possible 18, conceding just two goals and re-claiming second place in the process.

Warnock said: “This particular Manager of the Month award is a special one I think: it`s for the Club as a whole, rather than for me alone. Everybody has pulled together.”

‘We had some good results in February and if you asked me to pick one moment in particular then I`d probably say the derby win over Bristol City with Kenneth [Zohore] coming on and getting the late goal.”

“When you look at the number of players we`ve had out injured – which is a team in itself – then you have to credit the lads that have come in and given me everything.’

He said: “Neil Warnock`s experience of promotion challenges appears to have set Cardiff City up for a late push for the automatic positions.

“The fact they only conceded two goals allowed them to go unbeaten, with important wins against strong sides taking them up to second in the table.”

Sky Sports` EFL pundit Don Goodman said: “Neil picks up his second Manager of the Month at the business end of the season, and it`s testament to his managerial nous that the club have had a second wind, keeping pace with the pack in an enthralling race for second place.

“You feel like he`s getting the very best out of the squad that he has, with a terrifically drilled defense and enough ability going forward to see off their opponents.”

Sky Bet EFL trader Mikey Mumford said: “Neil Warnock scooped this award in the opening month of the season for his faultless start and for him to receive this award for a second time so late on in the campaign speaks volumes for the job he is overseeing at Cardiff City.

“Neil has made no secret of his affection for the Sky Bet Championship but he could be about to say goodbye to the division with his side now odds on to finish in the automatic promotion places at 4/5.
“The Bluebirds are even shorter 4/7 chances for promotion and an increasing chance Neil adds to his excellent record of seven previous promotions.” 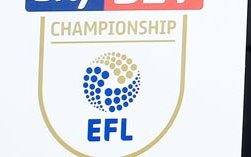 The EFL Bubble In Danger Of Bursting As TV Influence Grows?