Which Championship Side Is Most Reliant On Home Form? 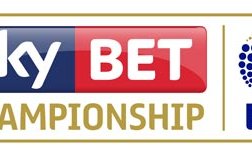 With the 2017/18 Championship season now finding itself in February as the campaign ticks towards May, which side are most reliant on the home form.

Everybody will know in football, players often use the cliche of fans ‘being the 12th man’ and how they are determined to turn their home stadium into a ‘fortress’ and managers themselves, during bad spells, talk about ‘players being nervous’ or ‘anxious’ with the expectations a home crowd brings and the media constantly have questions about a sides chances of success or failure depending on whether home or away results now need to take precedence.

For the purposes of this though, the table is drawn up in a way to show which side is most reliant on their home form for points, given the disparity with points gained (on average) on their travels – so it naturally doesn’t reflect the real Championship table.

Topping the table on that basis are Queens Park Rangers who have the biggest difference in points gained, meaning they are most reliant on their success this year coming from matches held at Loftus Road. Despite not calling 15th place success, things would be far worse if they weren’t as reliable on home soil.

14th placed Millwall follow in second place and you have to scan down the table to Ipswich Town before you get to the first side in the top half of the Championship (12th). With Aston Villa following them (3rd) it’d be easy to think that sides performing well in the real table have a greater consistency away from home, but that’s not entirely true as being most or least reliant on home form is one thing – it is obviously about the points gained when home and away.

Wolves top the real table by some margin yet they only have a 0.1 home boost so far this year and the least reliant on home form, Burton with a minus 0.6 score, are propping both tables up in 24th place.

So what does it mean? Well you can prove anything with stats ultimately as being more or less reliant on home form shows only the difference in points gained between the two, not necessarily whether you are gaining good or bad average points.

With a nod to the legwork done by Get West London.