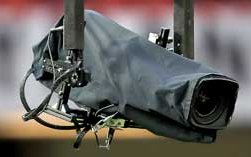 With the Video Assistant Referee system being trialled in the FA Cup this season, it has already made a few appearances and with some applauding its use, it does have its detractors.

The mixed reviews of VAR so far only intensified this weekend as the FA Cup fourth round played itself out and the Liverpool versus West Bromwich Albion game in particular took the headlines.

With VAR already awarding the first goal correctly when Leicester City’s Kelechi Iheanacho was wrongly adjudged to be offside against Fleetwood Town in the third round replay, the Liverpool v West Brom game saw the first award of a penalty after some faffing about although Liverpool subsequently missed that. The game also saw referee Craig Pawson rule out a West Brom goal for the first time and the system saw a delay in West Brom being credited with their third strike on the day.

The tricky point here is it appears that every referral by Pawson, and the subsequent decision taken, was 100% correct across the game, but the delay to the game and the lack of clarity for fans certainly drew criticism.

VAR as we know can only be used to overturn clear cut mistakes with goals, penalties, red cards and mistaken identities and it is only the sixth game it has been used in so far this season in England, but in the first half of the game at Anfield, Pawson consulted with VAR official Andre Marriner enough times to add five minutes of stoppage time to the match.

Speaking to the BBC immediately post game, West Brom head coach Alan Pardew also pointed out another concern with such regular and lengthy stoppages – even if the final decision was correct.

‘In the stadium, it was bizarre, because we got no evidence of what happened. There’s no screen for us. So it’s not like tennis, when the ball’s in our out. We’re completely in the dark. Everybody’s in the dark. Is it a goal? Isn’t it a goal? I think if you were in the stadium today, and you experienced that system in the first half, you would have to doubt it.’

‘The other issue, which I think is more concerning, is that I lost two players to hamstrings in that first half. We have to keep our players ticking over. It took so long. You’re going from such high-tempo work to literally waiting. That’s something we need to look at.’

Whilst undoubtedly VAR has started proving it’s worth in terms of correcting easily avoidable errors, it has solidified concerns that there has to be a clearer way of using the technology to avoid the game becoming stop start and also in transmitting what it going on to players and dug outs.

But this is why it’s called a trial afterall, the teething problems have to be sorted out quickly.

‘The referee got all the decisions bang on, the VAR decisions were spot on – we have got to give him credit for that. But the way they got to the decisions, the referee putting his finger to his ear for a good 20-30 seconds, people in the crowd don’t know what’s going on, managers don’t know what’s going on. There has to be more clarity. I’m a fan of VAR, it is going to take a while for them to get it right. The fans need to know what’s going on, they need a quicker decision, but I don’t think you’re going to get that yet because the ref and the VAR people in the booth are not used to it either. So they have got to have patience with the referees. I think if the football associations went to the rugby associations, they would get it right.’

Danny Baker was one of a number less than impressed though.

What numbs a crowd is the idea that now THEY aren’t the people at the event, they are just watching something that is being judged and relayed from some remote office. Supporters are now just extras at their own event. VAR MUST BE ABANDONED.

This particular debate isn’t going to go anywhere quick is it, especially as it’s believed only the referee can refer to VAR but watching the highlights of the game it at least appears that VAR seemed to refer to the referee on a couple of occasions.

So that certainly needs clearing up but given the accuracy of the decisions, it will only be a matter of time before fans at all levels probably need to get used to it.